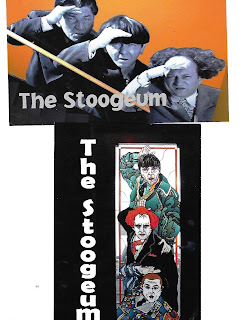 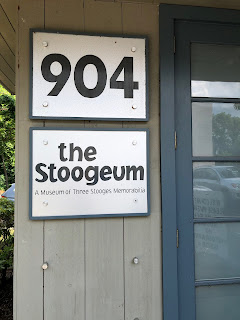 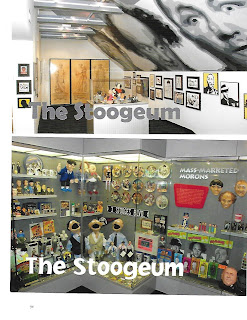 When I was in PA, I visited The Stoogeum in Ambler. It was a ten minute drive from my dad's house. What a hoot!  Established in 2004, this is the first and largest museum of Three Stooges memorabilia. Over 100,000 pieces are displayed in this 3-story, 10,000 square foot building. There is a theater that shows non-stop Stooges short  films.

I was there for over an hour just chuckling.  Oh Moe, Larry, and my fave Curly. 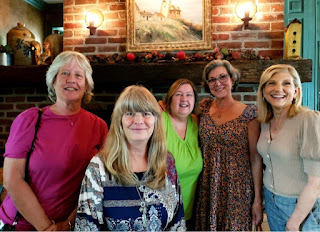 Caught up with some ladies that I went to high school with during my visit  to PA. Had a lovely brunch in Skippack. 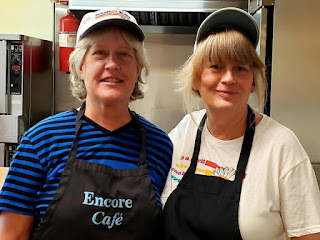 Also got  to help at Encore Cafe in Harleysville. Cindie is the chef and oversees meals  for seniors. I helped a bit with lunch prep and got  to see her in action. It was impressive and the crab cakes were yummy.  She feeds at least fifty seniors M-F and did take-out meals during Covid 2020 and into 2021. 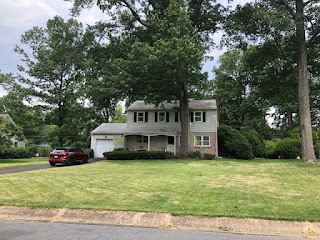 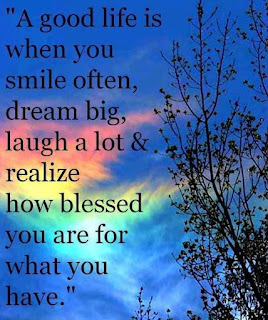 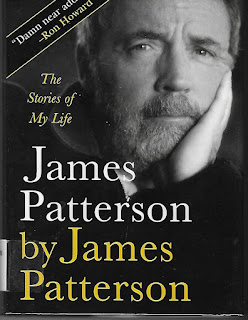 He's everywhere on bookshelves. He's written with a lot of people.  The Stories of my Life: James Patterson by James Patterson is a very quick, humorous read, and quite interesting.

I did not know that he was big time in the advertising world during the "Mad Men" era. He wrote the tag line, "I'm a Toys R Us kid."

from the cover blurb - He worked at a mental hospital, where he met the singer  James Taylor and the poet  Robert Lowell.

He once watched James Baldwin and Norman Mailer square off  to  fight at a party.

Dolly Parton sang Happy Birthday to him over the phone

The man has a  lot of stories  to tell. Just the  author  talks with President Clinton make for good fodder. This memoir has lots of one to two page anecdotes covering a bit of childhood, a lot on advertising, plenty of name dropping incidents, and writing, writing, writing. He writes of his  two loves - his first wife, Jane, who died and his second wife Sue who "puts up with him".

At least on paper, James Patterson appreciates his life and has a sense of humor about his writing life. He writes as if he is talking to you, and I was glad I got this book from our local  library.

Wednesday Whatever - Thor: Love and Thunder 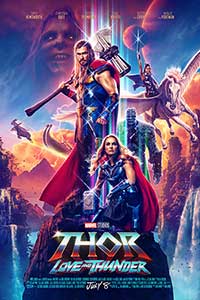 Ray chose Thor: Love and Thunder to see on his birthday. It was zany, silly, slapstick movie fun. We expected nothing less.  I won't discuss plot. Doesn't matter.

Chris Hemsworth as Thor is in on the joke and plays him to perfection. He's just a fine specimen of a man. 'Nuff said.

Natalie Portman as Jane/Female Thor is always a good actress.  Christian Bale as Gorr, the villain, was suitably creepy (though yes, Ralph Fienes as Voldemort was even creepier. Their looks are similar),  Tessa Thompson as King Valkyrie gets her due. And Russell Crowe as Zeus - hilarious casting and stole the show.

It's summer in Texas. We are crazy from the heat and do not need deep plot right now. Do we want  to laugh? Yes. Be entertained? Yes.  Did we enjoy Thor: Love and Thunder? Absolutely.  Pure movie joy with no useful purpose in life. Easy to forget...sure. Does that matter? NO.  It's summer, folks! 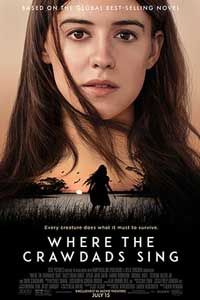 We read the book. We looked forward  to the movie. We were happy with the movie - Linda, Julie, and I.

I know there have been yucky ratings, etc. However, we felt fine with how the movie followed the book. We were good with the casting - Daisy Edgar-Jones as Kya (exotic enough as the Marsh girl), Taylor John Smith as Tate (such a good sweet man), Harris Dickinson as Chase (boo hiss, good looking creep jerk), and David Strathairn as the lawyer Tom (always perfect folksy likeable).

A man is found dead in the marshlands of North Carolina. Who else could be the killer but that crazy girl who's lived  out there? And the movie rolls from there. We go to her past and troubled family. We watch her raise herself, become an accomplished naturalist/artist. We watch her grow from a lovely little girl to an exotic young woman. We  see the men sniff around looking for some trouble. She's a bit of an innocent lacking some guidance. But she knows the marshes and she's smart.

The book is better, I think, due to the writing. I thought the descriptions were extraordinary and I hated to see the book end.  The movie was faithful, the plot moved along, the acting was fine, and the conclusion still had a punch.

Summer success for a movie with the ladies. Plus lunch afterwards.  Sweet! 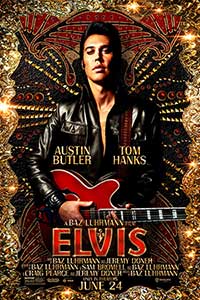 Catching up on movies. Ray opted out of Elvis.  I was not in the mood for our 90 degree pool last Sunday afternoon, so I headed to the movies. Baz Luhrmann is always an interesting, showy director. Who better  to tell a story we already know?

Wednesday Whatever: Minions - Rise of Gru 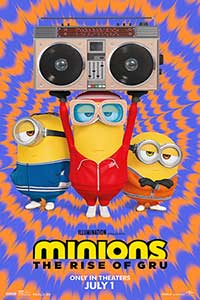 I have been back to Texas for a week or so now. As promised I've been whining  about the heat. So, how best to escape? Pay to sit in air-conditioned big screen splendor. Ray and I are catching up on our movie list.

Minions: Rise of Gru is silly, stupid fun. That's really all the description needed. Steve Carell voices Gru and his pitch, intonation, etc adds to the ridiculousness of this character. Gru is eleven in this movie and wants to join the Supervillain  6. His favorite villain has been kicked  out, Gru has stolen the magic power  stone, and now everyone is battling for the top spot.

There are chases, evil plots, and of course silly minions trying to help  their boss, Gru.  Oh Kevin,  Otto, et  al - with their weird yellow bodies and crazy language skills.  Ray and I couldn't help but laugh.

We were amused, and got our money's worth of movie and cool  air. Aaahh - Summer matinee!