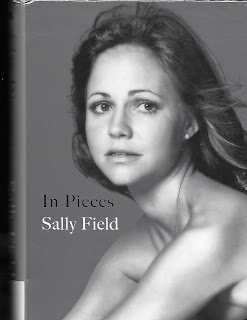 You like her, you really like her.  But she didn’t always like herself.  Sally Field’s memoir In Pieces shows a woman with a troubled childhood, problematic relationships as an adult, and plenty of confusion and lack of confidence. It took her over seven years to write this memoir, to pull the puzzle pieces together, face some demons, and find peace. It’s well written and interesting.

The girl we met as Gidget, who became the Flying Nun, hated these roles. Her need to get validation was rejected over and over again. Not pretty enough, not fitting the Hollywood mold. It’s  a tough business. Her time with the Actor’s Studio proved enlightening. She could explore more, seek help, and make connections. Meanwhile, a rocky marriage and two young boys, kept her grounded in reality. She was the breadwinner. It was a lot of pressure when she wasn’t getting auditions or jobs. It seemed directors didn’t want to take a chance on the former Flying Nun, like she was a joke.

Finally – the breakthrough of Sybil.  The part brought much of her own issues to the surface. She gave her heart and soul  to the despair of a woman with multiple personalities. Working with Joanne Woodward gave her strength and she won an Emmy for her portrayal.  Meanwhile, she had filmed Smokey and the Bandit and was paired with Burt Reynolds. Her trajectory into the limelight soared. But Burt had his issues and this was another unhealthy relationship. Again, she segmented her life – trying to be a mother, be an actress, and be subordinate to a strong personality. Finally, she broke free.

Norma Rae and Mary Todd Lincoln demonstrated the growing range of this tough little cookie. She enjoyed success as the matriarch in Brothers and Sisters. Now in her seventies, she’s happily married. Proud of her boys – now young men – she can reflect on the life her path took. She can forgive her mother – a powerful cord through the book. Her life In Pieces has pulled together and Sally Field is still exploring. 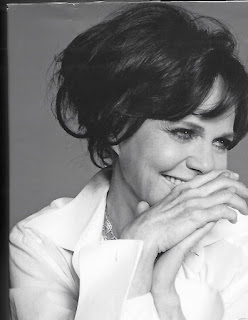