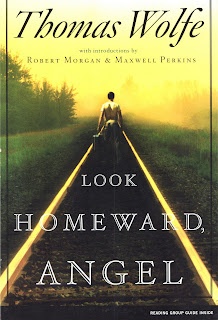 The minute-winning days, like flies, buzz home to death, and every moment is a window on all time. Thomas Wolfe 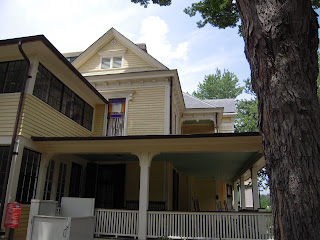 The Old Kentucky Home, the boardinghouse where Thomas Wolfe was raised, is now a memorial in Asheville, NC. Here, Thomas, the youngest of eight, learned about people, life, and angst. His brilliant young mind absorbed it all for a sprawling autobiographical novel, Look Homeward Angel. It was a critic's darling, but touched a nerve in Asheville. Now, a favored son, Thomas Wolfe's childhood and memory is kept alive in the twenty-nine rooms. His writing loomed large in the twentieth century, but alas he died at not quite thirty-eight years old. Fortunately his words stay in print and continue to influence writers today.

O mortal and perishing love, born with this flesh and dying with this brain, your memory will haunt the earth forever.

And now the voyage out. Where? Thomas Wolfe 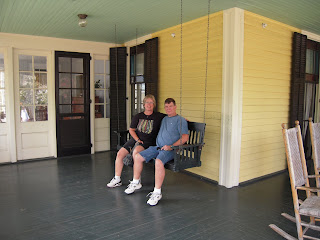 Ray and I enjoyed the tour, then relaxed on the front porch, contemplating the long ago bustle of boardinghouse life. 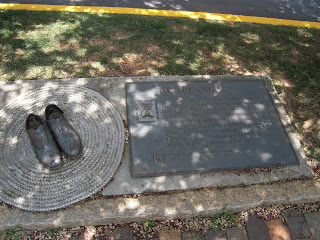 Large shoes to fill in the world of letters. 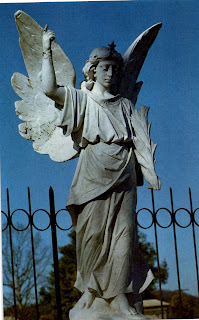 Thomas Wolfe's father, a stonecutter, imported this marble angel from Italy. It now stands in Oakdale Cemetary in Hendersonville, NC.

...and the soft stone smile of an angel, is touched by that dark miracle of chance which makes new magic in a dusty world. Thomas Wolfe(1900 - 1938)