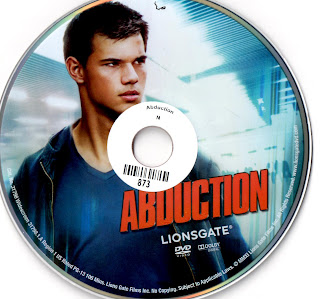 Fresh in the Queue -

Drive - Ryan Gosling is a stuntman who moonlights as a getaway driver. He lives a very isolated life until he meets his pretty neighbor (Carey Mulligan) and her son. However, her violent husband is released from prison and Ryan's character is drawn into the crime scene. Albert Brooks plays an exceptionally nasty man, and there's some double crossing going on. Ryan's a good actor but very expressionless in this movie. Guess he's going for stoic, reserving his inner strength. Plenty of chase scenes, great stunts, and lots of tension. This is a dark and violent movie. Not suitable for kids. It was good. I was expecting better, but it had some twists and turns, and a rollover or two.

Abduction - Here, Team Jacob (Taylor Lautner) stretches from the Twilight films and stars in his own tween flick. His shirt is off a few times, so as far as this critic is concerned, I give the film a thumbs up. When it came out in the theaters, real critics panned it. Aw c'mon, it wasn't that bad. Basically, here's an only child who's been raised and trained how to fight and think for himself. Well, turns out he was adopted by CIA type parents in a unique program. They are killed and he has to figure out who are the good guys, who does he really belong to, and adapt to his newfound freedom and identity. Sigourney Weaver, who's been his shrink, is on his side and helps him escape. Alfred Molina, for the government, claims to be good but is suspicious. There's plenty of chase scenes, guns, and action. This is brain candy and Taylor is adequate for the job. Good cast and it ties up well in the end, plus the boy does get the cute girl. Fun rental.

This Means War stars Reese Witherspoon- too cute for words, Chris Pine - dreamy blue eyes, and Tom Hardy - British actor and a brute look, but a pussycat heart. Reese doesn't date, but her best friend (foul mouth Chelsea Handler) signs her up on a dating site. Well, Tom checks out the site and meets her on a date. They hit it off. After she leaves the coffeeshop, she meets Chris in the video store. He was just hanging there to keep tabs on his buddy Tom. Well, Chris falls for Reese. Now she has two great guys vying for her attention.

With a gentleman's agreement, they'll allow the best man to win and she has no idea. Plus they both work for the CIA and are trying to catch a notorious Russian terrorist. But that's merely side tension. The main thrust of the film is how they put their spy tactics to use to thwart each other's dates. It escalates and is quite humorous. Meanwhile, Reese is torn. She has a love/hate time with Chris, and Tom's almost too nice.

I know who I rooted for to win her heart. You'll have to see This Means War to make your own choice. This is a good date flick - plenty of blow 'em up action, plenty of luscious flirtation, down and dirty humor courtesty of Ms.Handler, and it's fun. It has Reese and she's so charming and smart and helpless and then heroic. It's been a dry spell for a good version of this kind of movie. It's your obligation to make it a night - dinner and movie, and hold hands, and laugh together. This Means War = Truce.
Posted by Joanne at 8:45 AM