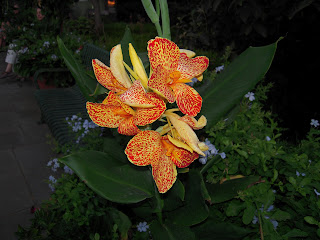 I'm posting this picture as something hopeful. Having just passed the 9/11 anniversary, reading news, contemplating the world, I sometimes wonder at it all.

This blog is not political. I try to keep the focus on writing, arts, and creativity. However, I'm going to post a paragraph written by Joe Klein, Time Magazine columnist (9/17/12 p. 29). I like his writing and this paragraph struck me as well done, and it summed up a lot.

But this campaign is wearing on me too, and I think I understand the source of my colleagues' mood. It's a closely held secret in the tribe, but most journalists are more romantic than cynical and are also, by the way, real patriots. We obsess over the game and get cheap jollies when the pols screw up, but we also have mortgages and 401(k)s like normal people, and we are freaked out by the paralysis in Washington and the truly diseased atmosphere of take no prisoners partisanship. (And some of us are very much aware of our role as a conduit for the prevailing ugliness.) We're really rooting for the country to do better, and we're afraid it won't.

He goes on to briefly discuss the ying and yang of issues in America. At the end of his column he summarizes - There should be real cause for optimism. But I don't know how we get from here to there.