Don't Set Yourself on Fire 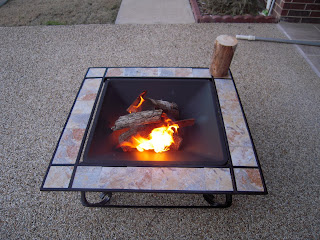 So, my ancestors probably sat around a fire and told tales of yore - myths, mysteries, and (half of my kin were Irish) more lies. I received this lovely fire pit for our patio and I have visions of gazing into the flames seeking truth and depths to characters in my books. 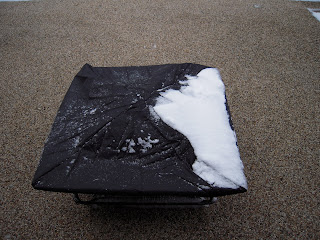 Or, here in Texas, the wind could kick up and it could snow on Christmas Eve Day. So much for roasting marshmellows. 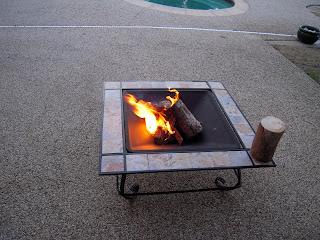 Snow flurries on December 29th did not bode well, but now December 30th it's mid 50s and not too breezy. We'll see what happens for New Year's Eve.
As a child I remember Mom and me begging Dad for a fire in the fireplace. After much grumbling, stacking of firewood, placement of kindling, stuffing of newspaper, lighting of many, many matches, smoke, mild oaths from my father, and more kindling, the fire might be roaring by the time I had to go to bed. Mom and I had long lost interest and retired to the other room to read.
Poor Dad - never a Boy Scout, would fail on Survivor. Mom and I learned to stop asking for fire. And now it is part of my mythology, a tale of old, and perhaps a humorous interlude in an upcoming book. I'll have to work on that chapter by my new fire pit. Thanks, Ray.
Happy New Year and Happy Writing in 2010.