The Sound of Writing 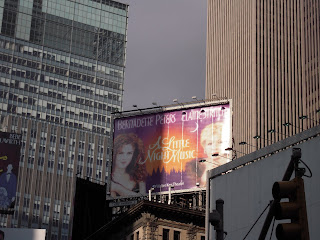 WSJ 10/30-31 - "When Stephen Sondheim writes, he looks at a blank wall." This brilliant composer apparently has a fabulous view of New York city, but he turns his back, picks up a yellow legal pad, and stares. From a blank pad and black walled view grew West Side Story, Gypsy, Sweeney Todd, and A Little Night Music.

"A lyric doesn't have very many words in it, so every line is like a scene in a play," he said, " and that means every word is like a passage of dialogue." He relies on Roget's Thesaurus and Clement Wood's rhyming dictionary.
I enjoyed this article because it made me think about word usage. He says that "words that are spelled differently but sound the same engage the ear more than rhyming words. Words using hard consonants such as k or p are useful for underscoring rage or resolve.

As I write dialogue, I do re-read my words out loud. This helps cut clunky, awkward phrasing. Indeed it's imperative to use words and sounds to convey the depths of character emotion.

Mr.Sondheim says he's learned to silence his inner critic and to not "just throw your pencil down."
"Isn't it rich ..." (from Send in the Clowns/A Little Night Music)