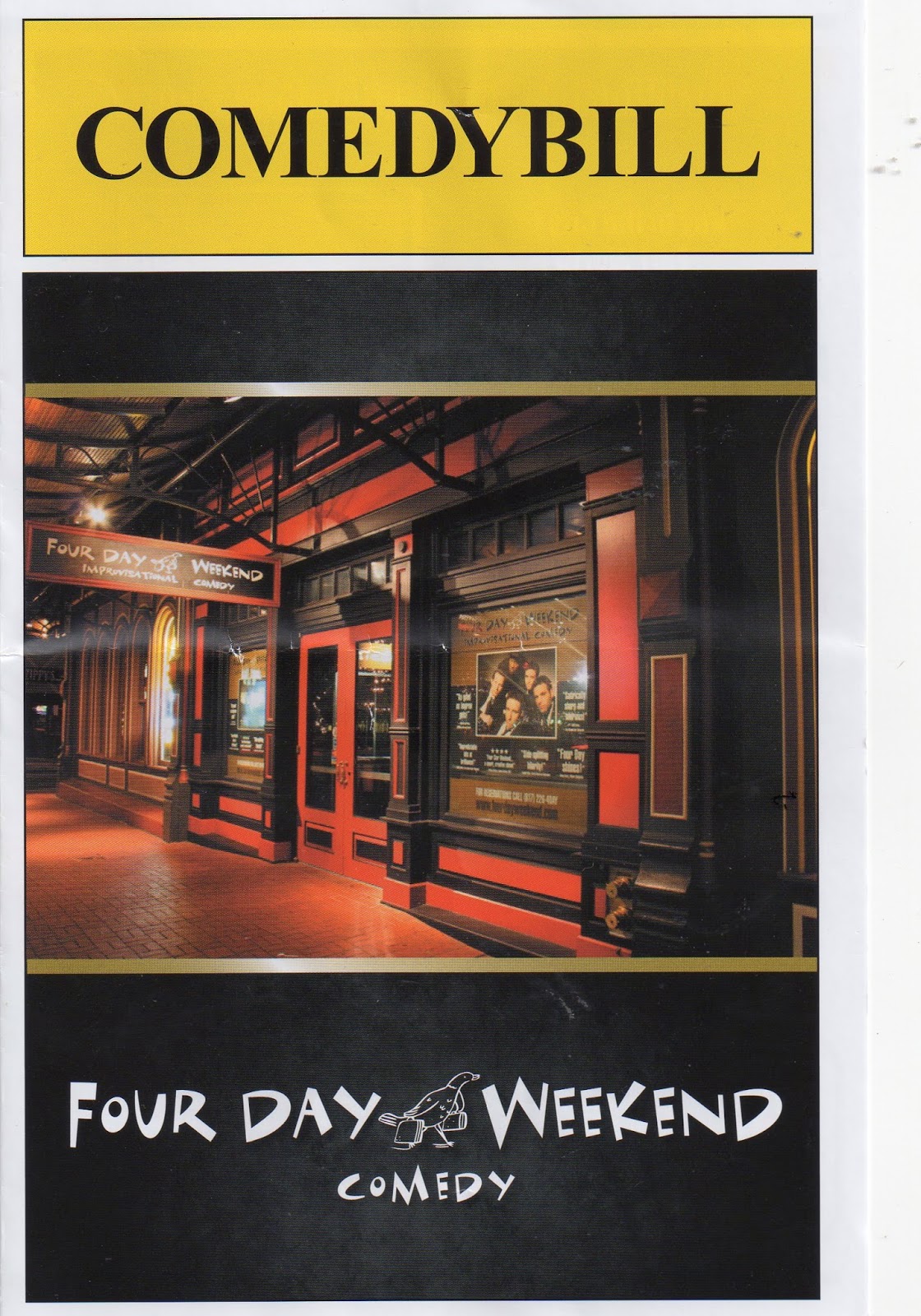 Since 1997, Four Day Weekend has been entertaining Fort Worth audiences with clever comedy, quick improvisation skits, and crazy interactions. We went to the sold out 10 pm show, last Saturday night and howled at the humor.

The emcee, David Ahearn, got the show rolling with quick patter and observations about the audience and life. After that, the troupe - Frank Ford, Zachary Muhn, Ray Sharp, David Wilk, Anthony Bowling, Andrew Hamer, and Josh Roberts - alternated on sketches and bits. If the word given was "unicycle", they were weaving about in a hilarious circus sketch. A few lines fell flat, but all in all, their talent was astounding.

Ray and I agreed we'd go back - after all with a new audience, it's a new show every time.