Book Review: The Boys in the Boat by Daniel James Brown 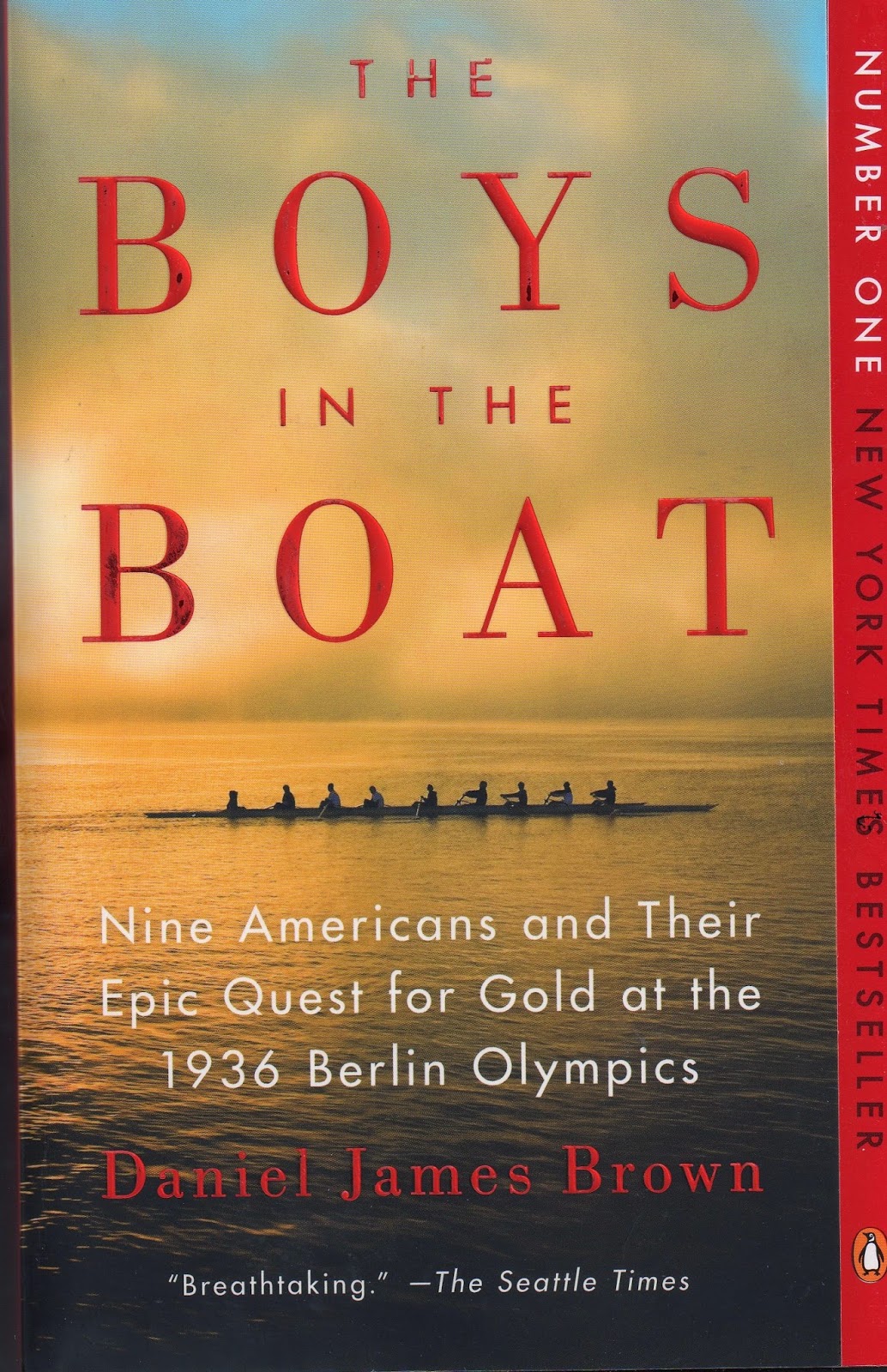 The Boys in the Boat by Daniel James Brown is an interesting read as nine Americans rowed to an epic quest for gold at the 1936 Berlin Olympics. It was the Depression and the University of Washington’s eight oar crew was never expected to defeat the elite teams of the East Coast and go on to represent the United States in Berlin. But these were a tough batch of kids, accustomed to hard physical work. The author lets us meet them and feel their frustrations, fears, and anxiety. Joe Rantz in particular was abandoned off and on by his family. He truly lived hand to mouth to pay for school, and was often hungry. Rowing gave him an anchor – something to achieve, and the quest for the Olympics was beyond his wildest dreams.


Brown paints a picture of an era and we see how the crowds gathered for rowing events. There was a huge rivalry between Washington and California schools. Up to 40,000 people would show for a regatta challenge – lining the banks of a river and cheering on their teams. As a reader, you will learn about the skill of rowing, the power and unison needed. You’ll learn about the boats – the craftsmanship needed for a fast lean line. And you’ll delve into the psychological aspect of rowing and how the coach had to blend the right personalities into a boat.


I enjoyed this non-fiction book. I admit I skimmed a bit as I got closer to the end. I found it a teensy repetitive, and yet even though I knew the outcome I found myself eager to get to the Olympics and the big races. Oh no – the team is placed in the outer lane. Oh no – it’s rainy. Oh no – a key rower is dreadfully ill. There were so many factors against the U.S., and yet there was sheer guts and determination.  No matter what, you root for The Boys in the Boat and are giddy along with them in 1936.
Row, row, row your boat………..not gently down the stream, but all out muscle screaming flying like the wind.