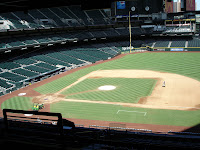 Rejections hurt, but I am getting better at accepting them. A LOT better.

In 2008, I had 188 rejections. I'm pleased to announce that earned me 2nd Place in the Jack Fryrear/Babe Ruth Strikeout Contest for 2008 - sponsored by Barbara Fryrear, longtime member of the Trinity Writers' Workshop. The "winner", Sheryl Nelms, had 252 rejections.

The idea behind the contest is that while Babe Ruth was a Home Run King, he was also a Strikeout King. If you don't go up to bat at all, you'll never know what could happen - a swing or a miss. Thus, the more writing you submit to journals, etc, the more chances you have of being published. Indeed, I did have 23 acceptances last year, so I hit at a decent 10% success rate.

Quickest rejection - 1 hour. I consider that cold. I emailed a submission and was rejected in one lousy hour. At least let my words simmer for awhile and then fizzle out. There should be a 24 hour rule - don't slap someone down in one hour. Harsh, very harsh.

Longest time to rejection - 1 year. Yep, I received a letter of rejection, didn't remember the journal, looked back in my records, and it had been one year. Now that's a lot of fermentation. I like to think my piece was pushed out of the running by someone like Joyce Carol Oates.

Publishing is a wacky business. I need to hit the right piece at the right time to the right person in the right frame of mind. Then it's a home run.

2009 - I've sent out eleven cherished pieces to find a home, and one has been rejected already. I'm coddling it, reworking it a bit, and shall send it on its way again soon.