But I Want To 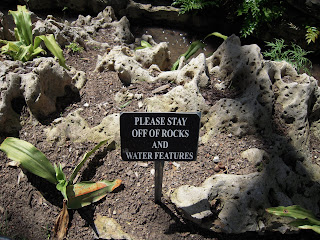 I read this sign and instantly wanted to scramble along the rocks and dangle my feet in the babbling brook. Normally I'm a rule follower, but there are times when contrariness kicks in, and I want to break the barriers. 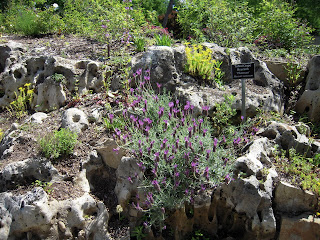 Rules are often meant to be broken. Why not have pretty flowers growing out of a rock wall, precariously clinging to life and eager for sunshine or raindrops? I guess that's why as writers, we read books about general rules on plots, character, dialogue, and the hero's journey. We hear "you'll never sell a book about (fill in the blank) in this market." Then a writer breaks the rules and is declared genius. It can boggle the mind. 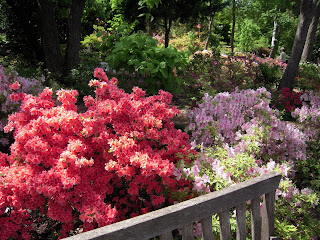 So, if you love azaleas and want to write about azaleas, then go for it. Maybe azaleas are "out" this year, but like fashion, sooner or later they'll be back "in". (Just pick the winning color.) Or vampires are old hat, wizards have been done, and zombies roamed Pride and Prejudice. 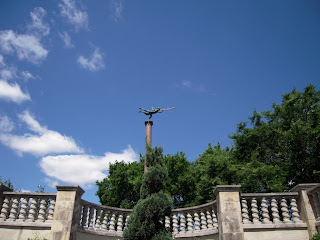 Blare your horn, reach to the skies with your words, and trust your instinct. Then again, I've found that to have poetry published in journals or on-line, you have to follow many rules - nothing trite and no rhyming. I recently had two pocket poems published in River Poets Journal. My father emailed me that he enjoyed it. "However, don't tell anyone, but I prefer rhyming." Gasp! My own father.
So I responded:
Stay shushed
I'm crushed
All other poems
I flushed
Gotta break the rules and have fun.