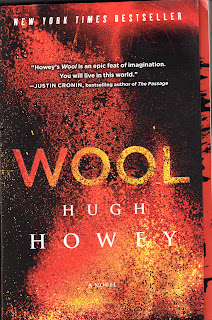 All I know is that Wool is an exciting read. I found myself holding my breath as Juliette exited the silo in her "death" suit. What ensues is creative and scary and could be plausible for the future, in my opinion. I won't give away anymore - trust me, you'll want to join the millions of other fans and read this futuristic tale.
Posted by Joanne at 7:22 AM