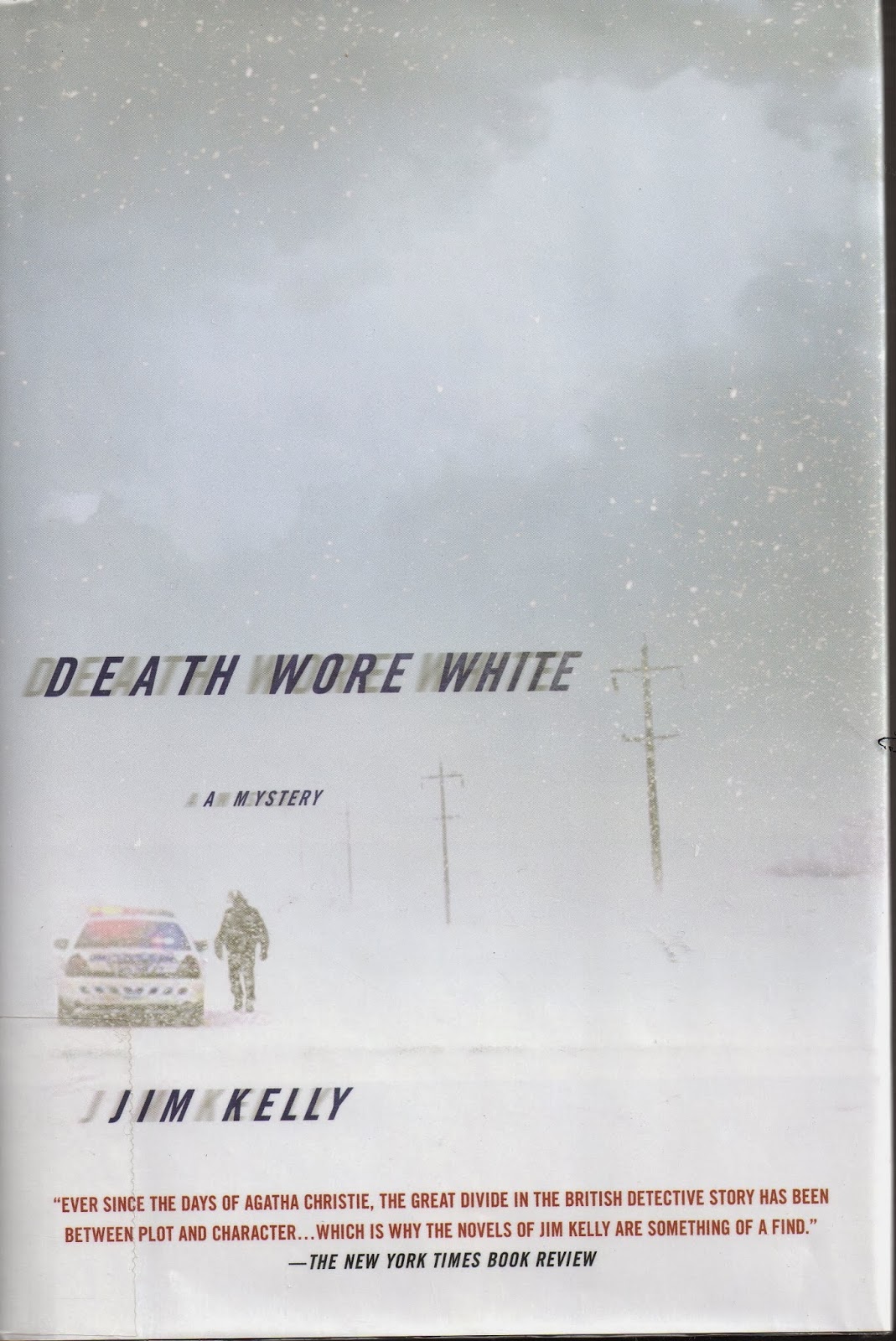 Death Wore White by Jim Kelly is not new, but it’s a 2008 goodie. From the cover blurb – On a frigid winter night, Harvey Ellis is trapped on a coastal road – stranded by a blizzard in a line of eight cars. Within a few hours, he is dead, viciously stabbed at the wheel of his truck.  Nobody saw this happen and there are no footprints in the snow. Peter Shaw, young Detective Inspector and his partner, old grizzled veteran George Valentine, have to work fast. The crime scene is melting, and the body count is rising as suspects are targeted one by one.


This whodunit will keep you turning pages and gasping in surprise. For such a small target location, a lot happens and what seems like coincidence at first turns into a highly detailed plan of deception. And to add to the mix Peter Shaw’s father had worked with Valentine. Both went into disgrace after a botched case. Now George is trying to climb up the ladder, and Peter reluctantly seeks to redeem his father’s name.


The author keeps up the pace and ties up the whole package neatly, without giving away too much too soon. The writing and dialogue are tight, and the characters are well drawn. Death Wore White is a worthy addition to crime fiction.  P. 19 The line of eight vehicles stood as if fashioned in icing sugar, an exquisite model on an untouched wedding cake.
Posted by Joanne at 5:25 PM