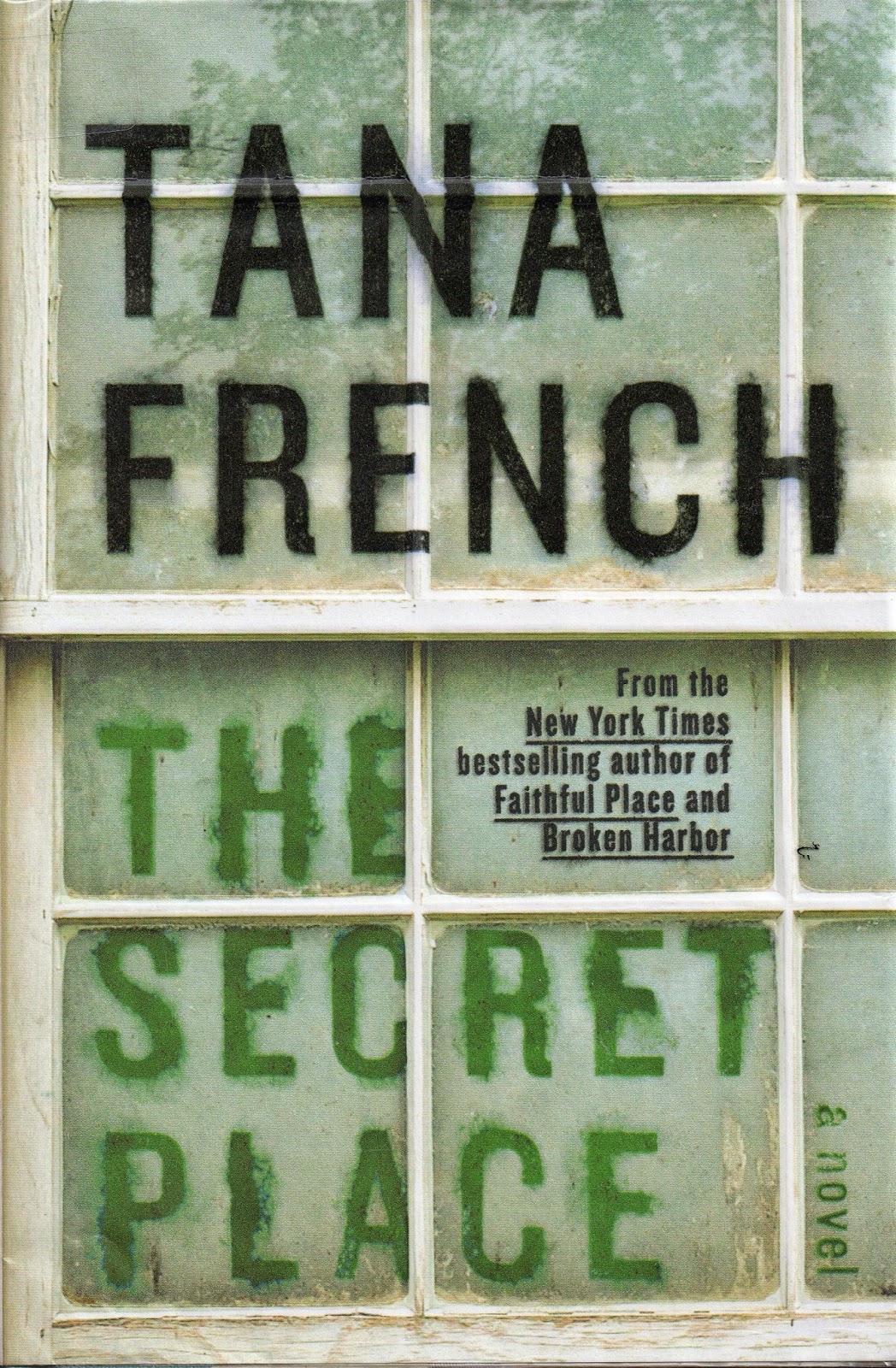 I Know Who Killed Him – that card with a picture of Chris Harper kicks off The Secret Place by Tana French.  The secret place is a bulletin board where the girls of St. Kilda’s school can pin anonymous notes. Detective Stephen Moran is handed the card by Holly Mackay, a student, and a lagging investigation kicks back into gear. Moran hopes to show his skills and get into Dublin’s Murder Squad. Detective Antoinette Conway hopes to redeem herself. Holly’s father, Detective Frank Mackay, circles to protect his daughter.  Conway and Moran must penetrate a close-knit group of teenage girls. Tough crowd.


Tana French’s writing is sublime and the Irish setting adds a fresh flavor to the genre. In describing the Court, a mall, and the kids – They always act like they’re having an amazing time, they’re louder and high pitched. ..Their faces on the way home afterwards look older and strained, smeared with the scraps of leftover expressions that were pressed on too hard and won’t lift away. (p. 41)


p. 48 Detective Moran at the school – The air felt full and glossy, felt high, felt shot through with the sun at mad-dash angles; sun swirling along the bannisters like water….lifting me, catching me everywhere and rising.


p. 431  Moran again – All I could find was the look on Holly’s face and Julia’s, watching the last shadow of something craved and lost; the distant blue of Selena’s eyes, watching things I couldn’t see; Rebecca’s laugh, too clear to be human. The car was cold.
I liked the book’s structure. We’d go back to when Chris was alive and see the interactions of the teens from different perspectives. Then French brings us to present day questioning – Holly’s group versus the Joanne mean girls group. So many little picky moments. She captures the true horror of that age, when girls are figuring out friendships, loyalties and life. I personally did not immediately guess who killed Chris Harper. I just went with the flow of the book, until author Tana French got us to That Secret Place.
Posted by Joanne at 6:00 AM