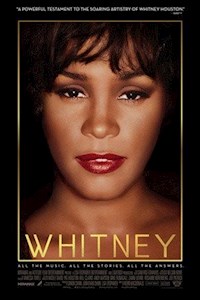 Whitney is a documentary directed by Kevin McDonald.  This is a class act production and not sensational crap.  We see Whitney break out in a private church film song. Oh , that glorious voice as a teen. Then we see her truly break out on Merv Griffin, MTV, etc.  She’d been groomed by her mother, Cissy Houston, a singer in her own right. An interview with Cissy says, “I trained her to use her mind, heart, and gut. She had it. It was in her spirit.”

Such a pretty baby, girl, and young woman. The eyes and smile showed spirit – she sang in Newark, the church of her home town, and blossomed from there. Just no stopping her.  Interviews with her brothers, sister-in-law, other family, and friends give a true insight into Whitney Houston.  That voice had Clive Davis at Arista Records courting her. He won and helped groom her into a worldwide sensation. The climb was meteoric. Her rendition of the Star Spangled Banner at the Super Bowl is the absolute top version. She conquered the world.

However, the film shows the cracks in the demeanor, the demons, the inner doubts and sadness.  Yes, she married Bobby Brown and was in love. Yes, she had Bobbi Cristina and tried to be a good mother. But there’s so much that’s deeper, as she had to travel and sing and meet her fans and commitments.  No excuses.  Drugs was always in the picture. The key was the excess that did occur.
And trying to stay married and deal with Bobby’s ego.  When she became a film star in The Bodyguard, life was dialed up 1000 percent.  There was no turning back from disaster.

This documentary is sadly poignant.  Just SO much talent. The clips of her singing at every stage is joyous.  And then it hits rock bottom. Voice gone, that pretty girl with the sparkle in her eye is gone.
Bring tissues because you can’t help but tear up at the loss of such talent at age 48. Yes, she made her choices. The film doesn’t excuse it, but it digs deep and offers insight into how her entourage/family/friends just couldn’t save her.  And they do feel blame and heartache.

But her legacy of music lives on . You can’t help but crank up her tunes, raise your arms, and sing “I Will Always Love You” or “I Wanna Dance With Somebody”…at the top of your own off-key voice. Oh Whitney…if only….