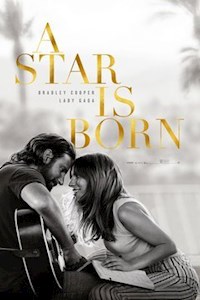 What doesn’t Bradley Cooper do?  He acts, he flashes that sweet smile and those clear baby blue eyes, and he’s managed to come off as a real nice guy. Now he’s directed his first feature film AND he sings in it. In a 2018 remake of A Star is Born, Cooper is Jackson Mayne, an alcoholic musician with tinnitus, who’s not keeping it together. His brother, Bobby (Sam Elliott), does his best but Jackson is self-destructing. Then one night after a show, in search of a drink, he has his driver stop outside a place. It’s a drag bar, but the young lady featured to sing had been a former server. Everyone is enthralled with Ally’s performance, and Jackson falls hard.  Ally (a superb Lady Gaga) has tried to get in  the business, but she’s unconventional looking. She’s heard the critiques about her nose, etc,  and doesn’t need the verbal abuse.

Of course, in movie world – boy meets girl, boy gets girl up on stage, girl takes the crowd by storm, and conquers the music world very quickly. We watch Ally’s rise and root for her. Lady Gaga can belt a song and can really act too – she’s the real deal. Meanwhile, even though in love, jealousy rears its head. Jackson’s alcoholism is on a collision course with Ally’s success.  A Star is Born is solid. The story has good bones and this version works. The music is current and the singing is excellent. Cooper and Gaga have chemistry. My only usual complaint – it runs a tad long. I think Cooper could have edited or tightened it by fifteen, twenty minutes. Still, I’ll say Bradley Cooper can do it ALL – a director is born! Sing it loud.