Members Only Preview - Queen Nefertari's Egypt at the Kimbell 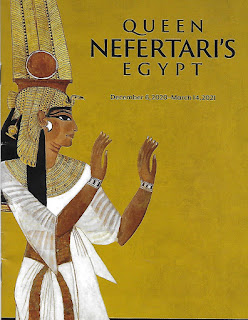 Took a vacation day last Friday so Ray and I could enjoy the members only Kimbell Art Museum's exhibit - Queen Nefertari's Egypt. 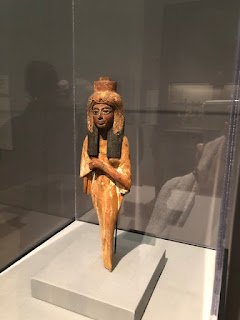 This is a celebration of women - goddesses, queens, and artisans in the New Kingdom period (c.  1539 - 1075 BCE). Queen Nefertari ("Beautiful companion ") was a celebrated favorite wife of Pharaoh Ramesses II.  The Queen's tomb was found in 1904 in the Valley of the Queens - a significant discovery. The exhibit sheds light on palace life, roles of women in ancient Egypt, the work  of artisans, and insight into the belief system/ritual practices of death and the afterlife. 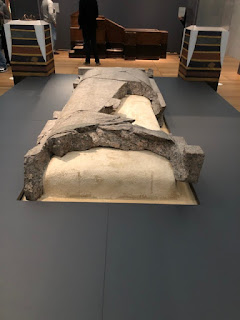 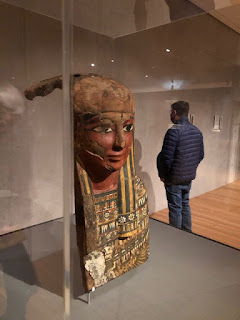 Ray is reading about ancient tomb coverings. The colors and preservation is amazing to see Funerary stelae - decorated stone slab depicting the deceased receiving offerings to sustain them in the afterlife. 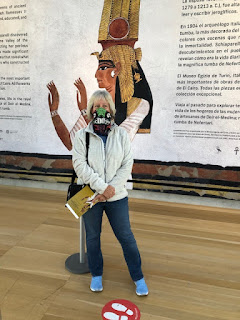 There was so much to see and read - The exhibition covered  1. Pharaohs,  Goddesses, and the Temple.

Statues, jewelry, carvings, elaborate coffins, and scrolls of history. I know I need to read and research a LOT to learn more and appreciate this aspect of history. I have a goal for 2021, and I'll need to try to go back  to the exhibit before it leaves in March.