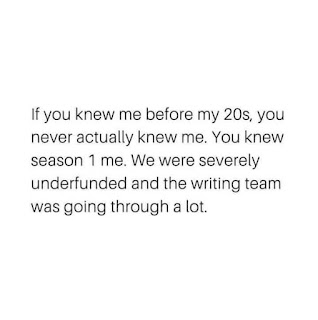 Thought this meme was very funny.  Indeed, now I wonder if I've reached the point where this writer has "jumped the shark" ?   Cliff hanger.    To Be Continued 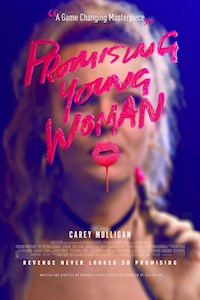 Treated myself to a Friday movie night and streamed on demand - Promising Young Woman.  It's up for various Oscars, so I was curious.  Whoa - not light and fluffy entertainment, which I did know from reading some reviews.  Carey Mulligan (whom I've always liked) is flawless in her role as Cassie.

We first see her very drunk in a bar and some guys are talking trash about her. One guy acts concerned and offers her a ride home. Well, he does not have the best intentions, but oops, he picked the wrong gal.  Turns out, Cassie is seeking revenge for her friend Nina, after an incident occurred in Medical School.  Think frat party gone bad.  Now in her thirties, Cassie works in a coffee shop, still lives at home, and deliberately looks for trouble to teach men a lesson.

Anger, revenge, blackmail, and comeuppance. An underbelly of issues.

Through it all, Mulligan is so good. She's pretty and her soulful eyes can speak paragraphs. A spectrum of emotions cross her face in this film. Promising Young Woman is worthy of its nominations and I'm glad I saw it.