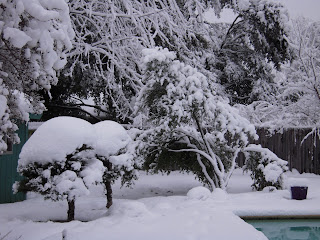 Forty-nine out of fifty states had traces of snow to many feet of snow on the ground Friday, February 12, 2010. Here in Bedford, Texas - nine inches, a record since 1889, the dawn of recordkeeping. Only Hawaii was the place to be with palm trees swaying and surfers hanging ten. 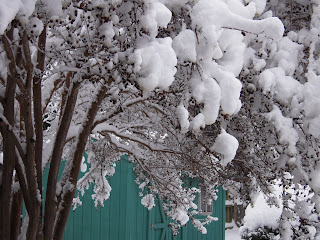 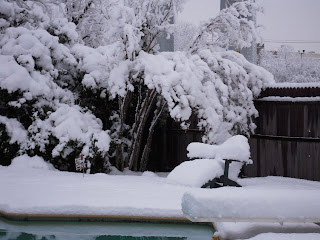 Hard to believe it will be 103 degrees in five months or so. 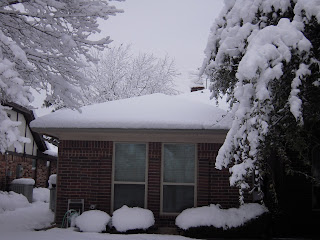 Power outage for twenty hours. The house is so still. No hums, no nothing. It's tricky to write while wearing gloves.
Powerless house -
silent vigilance
snow globe world 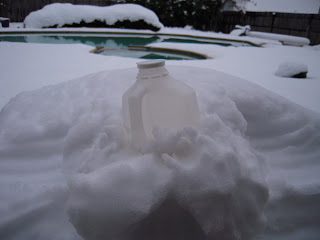