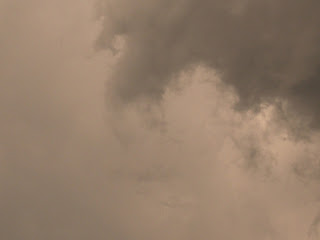 The basest of all things is to be afraid - William Faulkner. Indeed, in Texas, in the threat of a weather "event" (the new terminology from our StormTracker television teams), I hunker down - car safe in the garage, flashlight in hand, grousing about the satellite signal going out. Common sense, plus scenes of horrifying devastation in Joplin, MO, Tuscaloosa, AL, and so many other locations, says to batten down the hatches, stay away from windows, and be alert and afraid of the power of nature. 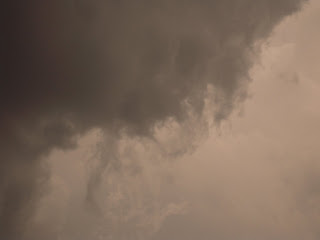 However, that tornado siren wailed last night. Ray and I both met at the patio door and stepped outside. So yes, if I write a storm scene for a book or a screenplay, I shall have characters follow stupid instincts, curiosity, and head outdoors. Now, Ray was beaned by decent size hail before he retreated to the overhang. I wavered - inside, then outside, peering up, then scampering back inside only to turn around as the siren stopped. Venture out again.
It's what people know about themselves inside that makes them afraid - Henry David Thoreau.
Indeed, I never felt confident that I would do well in a crisis. Hence my fear of a tornado, fire, etc. Hence my cry to Ray, "You're on your own sweetheart. Be careful."

At one point, the siren screamed again and the wind shifted along with a weird rumble noise. Whoa! That did if for me. I was prepared for the closet. Ray zoomed inside. Then silence. No claxon call. No wind. Then plunk, plunk, plunk. Not plinks - I'm talking ker-plunks. The pool rocked from hail. 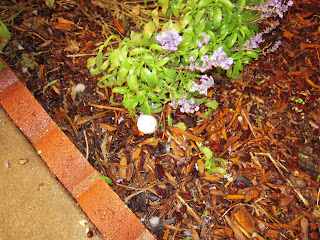 Then silence. Unearthly calm. Gray stormy clouds swished above our heads, onward to pelt another town. We were fine. No discernible damage to Ray's truck, windows, and hopefully not our roof. It had been a noisy scattershot. 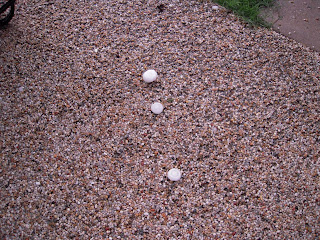 May in Texas is almost over.

Keep your fears to yourself, but share your courage - Robert Louis Stevenson.

Easier said then done during a hail/tornado combo storm.