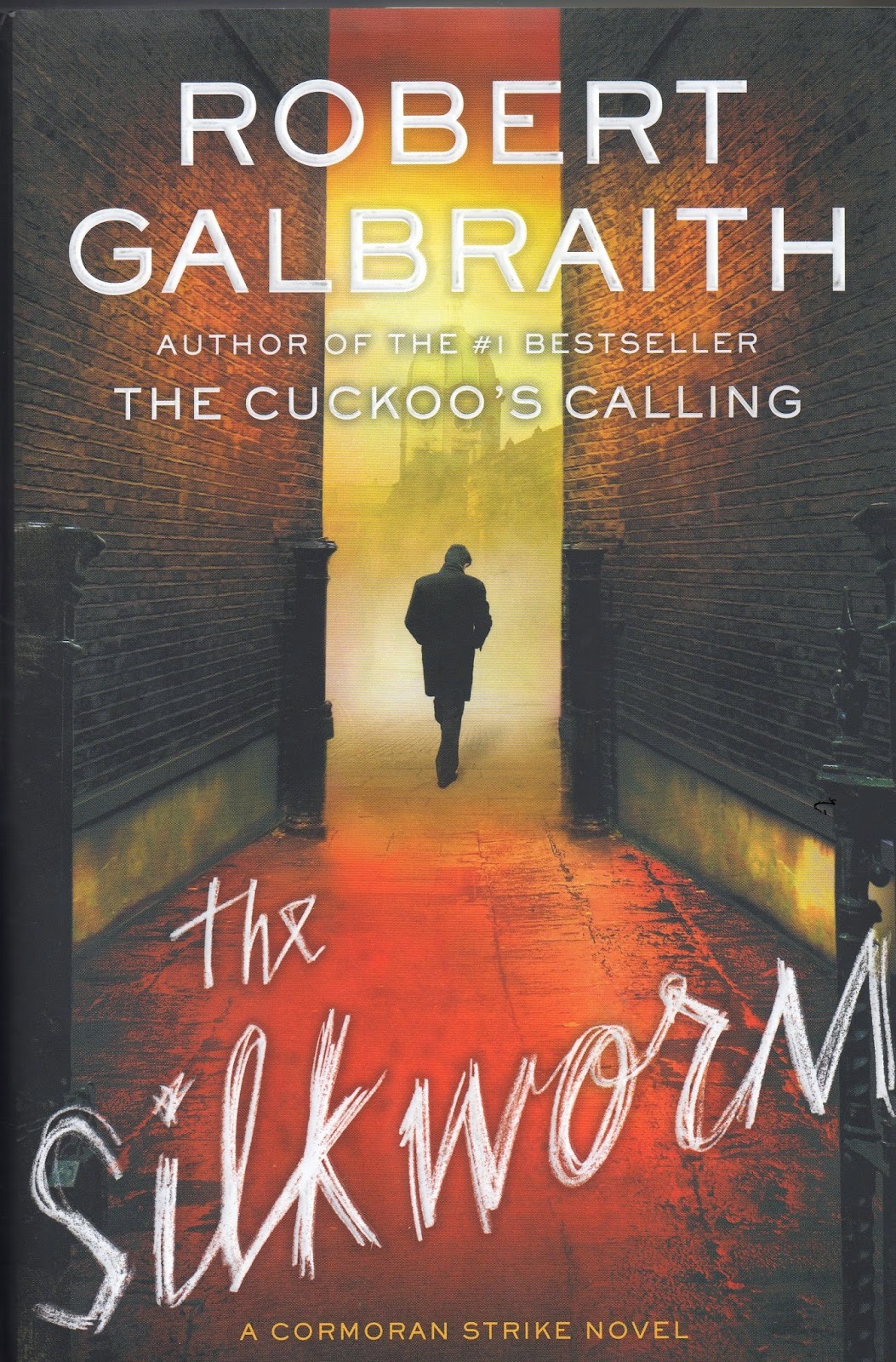 The Silkworm by Robert Galbraith (aka J.K.Rowling) is an exciting crime novel with plenty of twists and turns, and another visit with private investigator Cormoran Strike and his assistant Robin.  I like Rowling writing as Galbraith. I truly believe she shifts into another mode, goes tough and gritty with the best of ‘em.  I’ve already reviewed the first book The Cuckoo’s Calling in this blog.  Now a tad famous and on the police radar (he basically showed them up on the Lulu Landry case). Strike is hired by the wife of novelist Owen Quine to find him. Of course, it’s more than a missing person case. It involves a volatile finished manuscript that paints portraits and can ruin key players in the publishing business. And ultimately there’s a brutal murder with bizarre circumstances. Strike and Robin have to work around the police blocking their way, go with their instincts, and overturn initial conclusions. (It’s way too obvious to arrest the wife)


Meanwhile, Strike is not in fine form. His prosthesis is bothering him (he lost a leg in Iraq) and that slows his mobility. Poor Robin is newly engaged and fighting with her fiancé, Matthew, who distrusts Strike and the whole investigative job. I enjoy these flawed characters and how life influences their work. The Silkworm keeps you guessing and the writing is solid. Here’s an example p.281:


Preoccupied with his own comfort, a mixture of football and murder on his mind, it did not occur to Strike to glance down into the snowy street….Had he done so, he might have seen the willowy hooded figure in the black coat leaning against the wall, staring up at his flat. Good though his eyesight was, however, he would have been unlikely to spot the Stanley knife being turned rhythmically between long fine fingers.
Robert Galbraith’s The Silkworm spins a tale of deception, cunning, egos, and jealousy. Power and money can make people do horrible things. Cormoran Strike has seen the worst in people and can dig deeper to solve the case, unravel the lies, and gain justice. Wrap yourself in a blanket cocoon and enjoy a darn good mystery.
Posted by Joanne at 6:00 AM