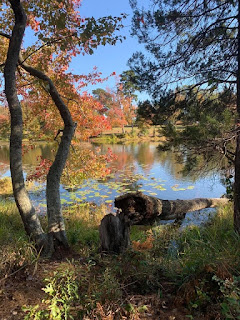 Fall color is popping in Texas. I stole these from some retired friend's FB page - this couple gets out and about during the week and find nifty places to hike. 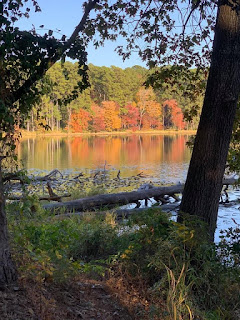 These pics are merely something pretty to look at while I give more reviews.

Since I'm on a chess kick,  I watched The Queen of Katwe on Disney plus.  Based on a true story, it's about a teen girl (Madina Nalwanga) from the slums of Uganda who manages to learn chess from a coach (David Oyelowo) who runs a church camp for kids. She goes on to help this poor group beat some posh school kids, and then on to state champs, and a world competition. Her goal very quickly was to achieve "masters".  Convincing her mother (the wonderful Lupita Nyong'o) that this is not crazy, adds drama to the story. Well done,  kid friendly, and a nice story all around. Checkmate! 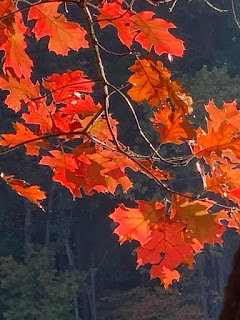 The Aviator's Wife by Melanie Benjamin is a fiction version of Anne Morrow Lindbergh's life.  It's a good read and offers quite a contrast to the myth that is Charles. She's the "plain" daughter who's very malleable. He's the dashing hero who needs a co-pilot in life. By that, he wants a yes person by his side. The author slowly shows Anne evolving into her own person, aware of his affairs, but loyal for the children, and a talented writer and person who stretches her wings too. 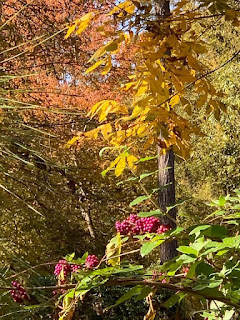 Saturday I tuned in to the virtual Texas Book Festival that's normally held in Austin. I've gone to the live version in the past and it's awesome - so many authors, programs, and books, books,  books.  The virtual is working out okay and I did pay for a ticket to hear Matthew McConaughey chat with Ethan Hawke. Matthew was promoting his new memoir Greenlights. He's a very zen dude with his own life philosophy. He grew up with a bit of an abusive father, but a loving mother and strong siblings. He's been keeping journals for thirty six years and at fifty decided to peruse them and write his book. He's worked hard at his craft, worked hard to not let the noise of fame drown out what's important. He appreciates solitude. Very cool dude.

I was excited for Ethan Hawke to be the  host. I like him as an actor. But he proved annoying and talked too much. Almost tried too hard to outshine Matthew, who stayed chill but looked a bit on camera like, "Dude, let me promote my book. No one cares about your crap today. Stoplight."

That was my culture moment for the week.