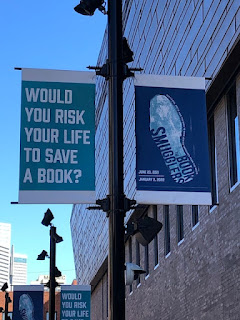 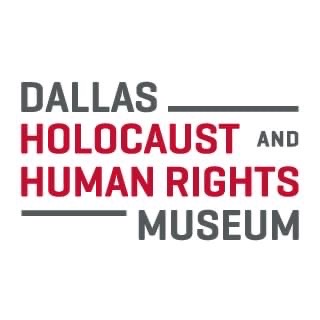 January 1st was spent enjoying nature - a walk at Chisholm Park.  Then the wind shifted and the new year decided to get cold.
Thus, I chose an indoor activity for Sunday Jan 2nd. Expand the brain with a museum. I had been to the original Dallas Holocaust Museum many years ago. Now, they've moved, expanded, and added a whole section on Human Rights.
The Dallas Holocaust and Human Rights Museum is a must see. It's not "enjoyable" or "fun", but it is necessary. It's rather sobering, somber, and humbling to reflect on the killing of six million Jews. And then to move on and see that so much has NOT been learned. Pick any corner of the world and  ones own back yard - there are people not being treated with the dignity they deserve in some capacity.
There's an emphasis on not being a bystander, but an upstander. Actually DO something to help human rights in the world.  Maybe 2022 can be a more positive turn in history?
Lots to think about and do.
Posted by Joanne at 6:00 AM