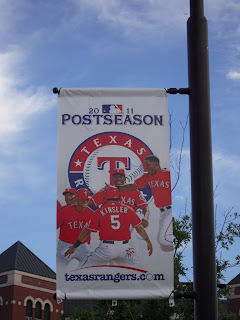 My writing career could be further ahead if I spent time writing instead of watching Texas Ranger baseball. But I'm hooked after last year, and they keep winning. It's stressful, heart attack producing baseball. 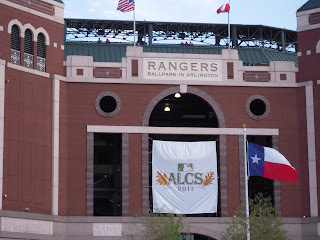 They conquered Tampa Bay in the ALDS. Now they face the Detroit Tigers in the ALCS. We attended game one on my birthday. Aaahh - fair weather fans. We enjoyed tailgating in sunshine and blue skies. In the 5th inning we lived through one rain delay, and then left during the second. Came home to watch victory (well, Ray did. I sorta snoozed) at midnight. 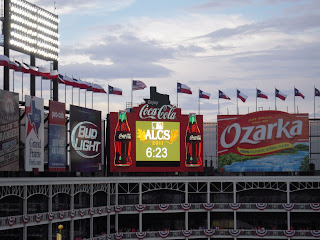 It started out glorious. A sea of fans in red. Huge flag on the field. Soaring rendition of the Star Spangled Banner. Then the boys of summer playing in the fall. It's a cast of unique characters, tension filled moments, uneven pacing (hey, it's the Rangers), and the plot can change direction. 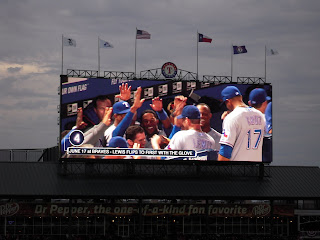 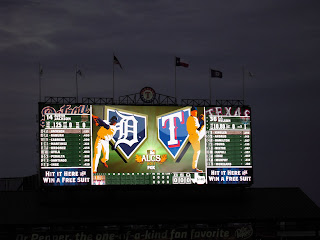 Rangers as of Monday evening, October 10th, head to Detroit, up two games in a best of seven series. The saga continues in the Motor City - a backdrop of decay, and the largest beers I've ever seen. It could turn noir and gritty.