Bronte: Not the Sisters 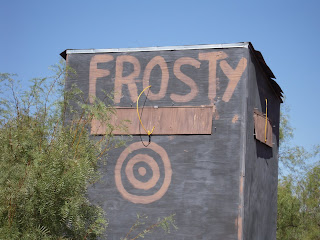 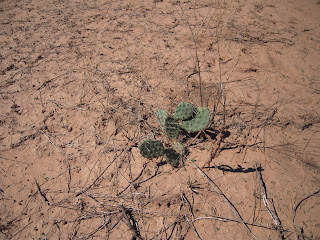 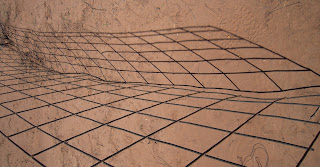 Bronte, Texas - far from the Bronte sisters' treks on the moors. No Wuthering Heights or Jane Eyre here. I volunteered to help my husband at his deer lease. City girl in the country. I was "useless with an opinion." Also, I don't do gates. For those in trucks at deer leases, you'll know what I mean .

Hardscrabble land. We saw no critters. Just shadows on dirt. I liked the name of the Frosty blind. Apparently it can be a bit chilly on a November morn. 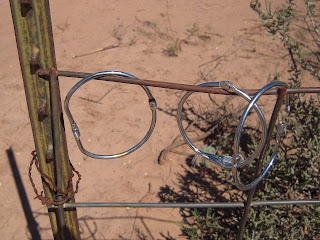 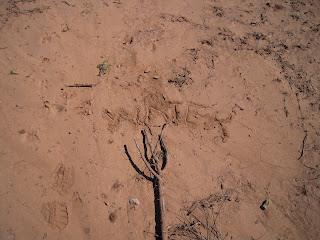 Water. That says it all in west Texas. This stick looked like a claw and I could picture a poor frontier pioneer scratching his last words. Brutal.
Posted by Joanne at 4:43 PM