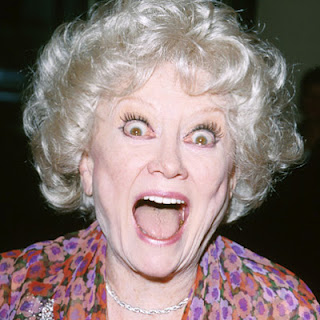 Phyllis Diller (1917-2012) died Monday at the age of 95. She began her comedy career after age 40. I first remember her as a kid, when I was allowed to stay up and watch Ed Sullivan. Who was this woman waving a cigarette holder, hair looking electrocuted, with an infectious cackle, and a husband named Fang?

She was hilarious with great lines, superb delivery, and self deprecating humor. She opened the comedy door for women. A lot of comedy is in the act, but when I read some of her lines, they stood on their own. I appreciate good writing and a chuckle. Hope these make you smile and remember a funny lady.

My husband fell in a river right in front of me and drowned. I rushed to the bank but he had already withdrawn all his money.

A terrible thing happened to me last night again - nothing

The only thing my husband and I have in common is that we were married on the same day.

Whatever you may look like, marry a man of your own age: as your beauty fades, so will his eyesight.