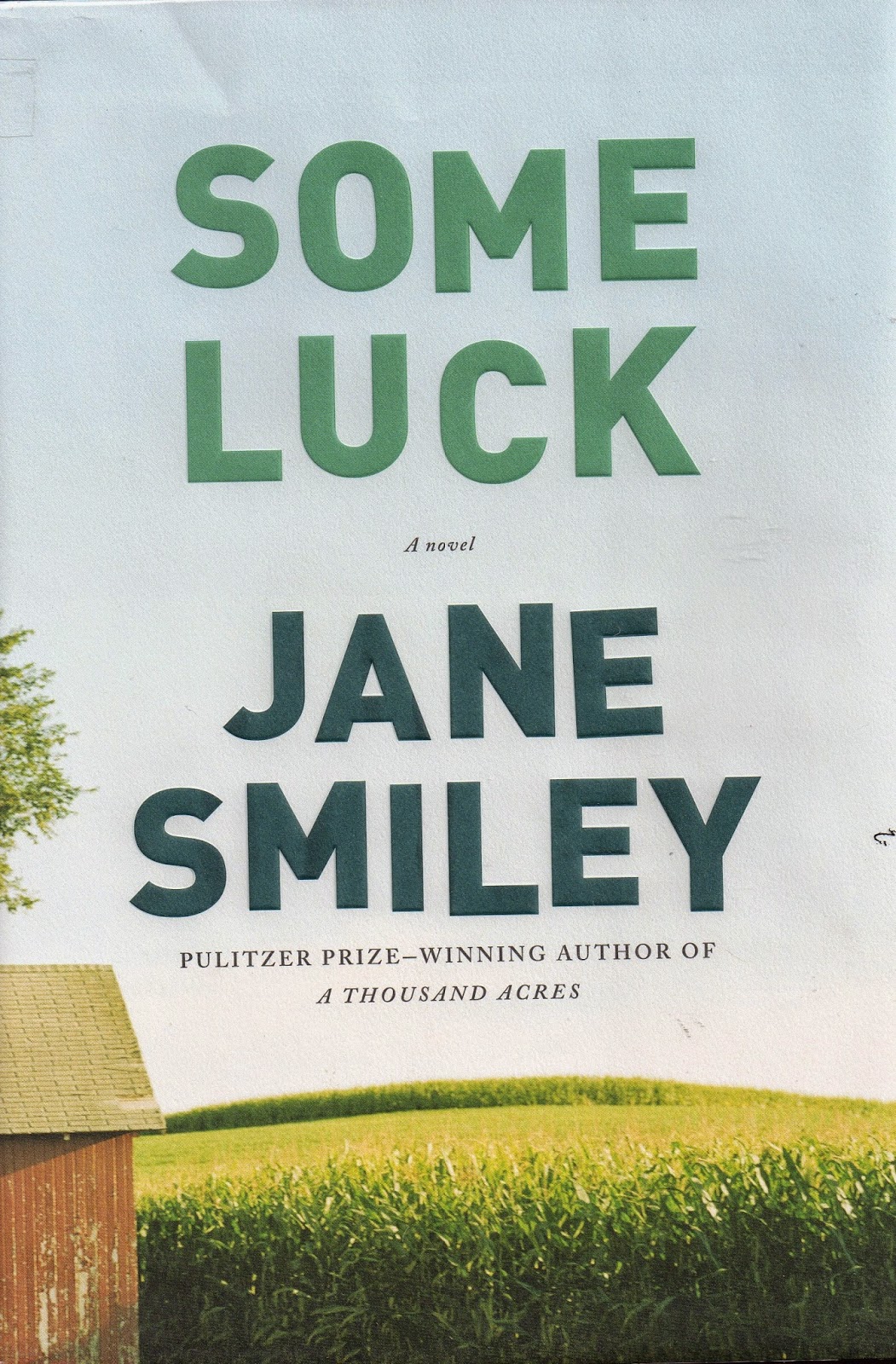 Jane Smiley’s Some Luck is part of a planned trilogy. Lots of good reading and writing to look forward to. She never disappoints.  The book begins in the 1920s as soldiers return home. Walter is a farmer in Iowa and we follow his struggles through the Depression and then on to success in the 1950s. Through the decades, Rosanna is at his side – cranking out kids and supporting Walter and their life. Frank is the handsome, willful oldest son. He’s brilliant and enigmatic. Joe, never bright, turns out to be a great farmer. Lillian, the shallow beauty, has her issues. The youngest of six, Claire, is truly her Dad’s daughter and when this book ends we have no idea of her potential.


Personal and historical aspects of America merge seamlessly in this broad story of America and its growth. From the cover blurb – Some Luck delivers on everything we look for in a work of fiction. Cycles of birth and death, passions and betrayals, and characters we come to know inside and out, it is a tour de force. It’s a literary adventure that will span a century in America, an astonishing feat of storytelling by a beloved writer at the height of her powers.   Indeed, you can count on Jane Smiley to slowly play her cards and deliver full characters that we care about.


p. 332  As if on cue, Walter turned from Andrea and looked at Rosanna, and they agreed in that instant; something had created itself from nothing – a dumpy old house had been filled, if only for that moment, with twenty-three different worlds, each one of them rich and mysterious.


Some Luck starts a tad slow, but it builds. It’s a pleasant read about a family. Join in and celebrate births, mourn deaths, and worry about whether the farm will produce or not.  The book ends in 1952, and you’ll be wishing the next book was in the queue. What shall happen to the Langdon extended family?  No doubt, they’ll muddle along with some luck.  Join me in this trilogy.
Posted by Joanne at 6:00 AM