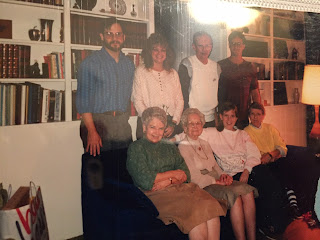 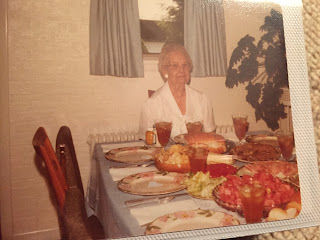 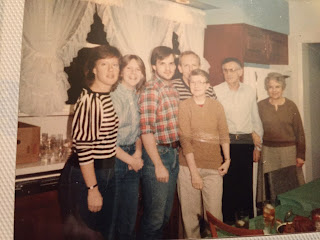 oldies but goodies.  Last Monday I featured my maternal grandparents.  Now I'm featuring my dad's side of the family. His father died when he was young, so my grandmother (Julia Crowther) raised him (middle picture). His older sister kept track of him too. (she's far right in the bottom picture)
These pics were probably late 1970s, early 80s

Tuesday is my aunt's birthday - 92. She's sharp and clever as ever. Had to move out of her home, but still darn independent at the senior living facility.