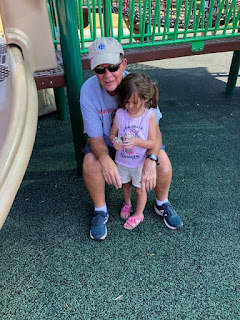 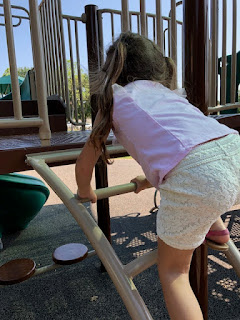 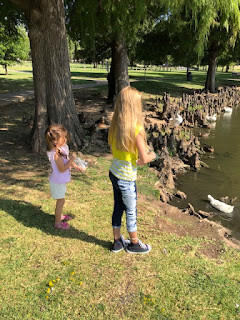 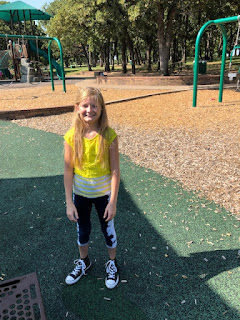 Ray and I survived the weekend with a 4 year old (Skylar) and an 11 year old (Makyla.)
They were good girls and I think they had fun.  Skylar said, "You're taking good care of us."  Her timing was perfect because I was probably about to say, "Stop playing with your food."

We are not accustomed to non-stop noise and busy busy bees. Skylar was stream-of-consciousness talking. Whatever hit the brain came out of the mouth. Until she fell asleep, there was a babble of bluster.

We swam a bunch. Now,why did Skylar decide to take bites out of the styrofoam noodles?

We fed ducks at the park and did playground, took them to visit Ray's folks - that was a hit, and Makyla and I did go to Half Price Books - very fun. She's an excellent reader.

We did Play-doh stuff - creative.  Lots of Spirograph with Makyla - she's awesome in design and concentration.

We thought their parents were picking up at 2ish on Sunday. We were ready.  Ooops - text - just left at 12:30 pm for a 4 hour drive.  Then a text - oops - lunch ran long.  Arggghhhhhhhhh.
I confess - I was truly done.  It had been fine and we had plenty of bonding, but I was maxed out. Ray was too.

Whew! We did keep them alive - mission accomplished.