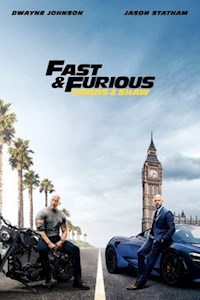 Finished work early on Friday. Came home and nabbed Ray - off to Alamo Drafthouse movie theater for a full fun 3:15 pm film frolic. This theater chain is pricey but I'd been wanting to check it out. Nice! And I'm not big on food service in theaters, but this was part of the Friday plan - share a super good snack - loaded queso fries (OMG, Yummy) and two Alamo draft root beers.

We settled in for the ridiculousness that is the Fast & Furious series. Hobbs & Shaw is crazy town entertainment with Dwayne Johnson and Jason Statham snarling at each other, but saving the world. Car chases, a killer virus, super cool villain (Idris Elba) with a snazzy motorcyle, London, Russia, Samoa, Shaw's sister played by Vanessa Kirby adds a kick to the action. Back in prison, Helen Mirren (head of the Shaw clan) is a briefly seen hoot. Throw in CIA "friend", Ryan Reynolds and his wacky chatter. I don't need to tell  you plot line. The stunts are amazing, the film making rocks, it's loud, it's fast, it's furious. No brain power required. Summer Friday Frolic.


***Note - in light of the various serious matter of shootings in Dayton, El Paso, etc. I do want to say that I'm not a "gun" person. Far from it.
However, I've always been fine with mob movies, cop movies, fast & furious movies, James Bond movies - guns, explosions on the screen, etc. Just like the use of the F word these days, it can be a bit much, but I can stay that step away from the silver screen, recognize it is Hollywood film making, and not confuse "pretend" with "reality". ***

Good luck with Monday and your week, my blog friends. Stay safe (and cool!)
Posted by Joanne at 6:00 AM