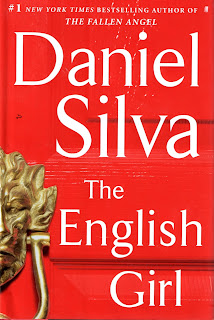 The English Girl by Daniel Silva is another in the Gabriel Allon series. The brooding Israeli spy, who's master skill is art restoration, is reluctantly pulled back into service when an up and coming English girl is kidnapped. She's not just any young lady - she's the mistress of the Prime Minister. That throws a monkey wrench into the proceedings, not to mention other complications from Russian oil contracts. The story appears convoluted, but Silva leads us from the Corsican criminal underworld to the mountains of Provence, and then to Moscow with masterful writing, strong characters, and foreign intrigue.

What were the true motives behind Madeline Hart's disappearance? As per the cover blurb - "It is a timely reminder that, in today's world, money often matters more than ideology."