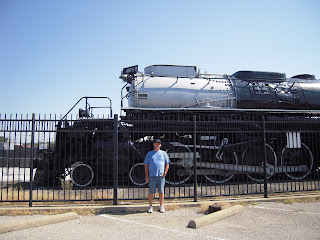 Union Pacific Big Boy No. 4018, the world's largest steam locomotive, is on the move from Fair Park in Dallas to a new home at Frisco's train museum. Ray and I saw it Saturday in Dallas as worker bees completed final checks and polishing for its 55 mile ride. 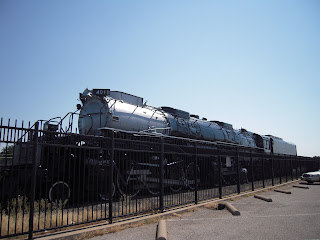 1.2 million pounds and 133 feet long, this train was built in the 1940s. It is a 7,000 horsepower locomotive - built to move heavy loads over the Continental Divide. According to the Dallas Morning News (8/19/13), only eight exist in museums today. 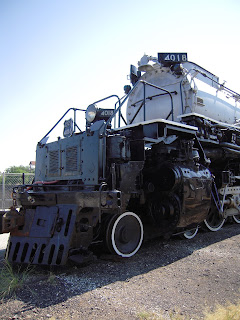 The move was a massive undertaking and as of late Monday, it was held up on a track, as folks reconsidered its weight and rail conditions. 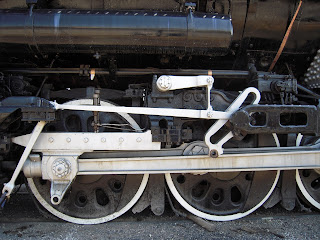 Old trains like this are rather mystical - history, romance, and adventure abound as a train chugs along. Clackety clack.
Posted by Joanne at 5:54 PM