Letters Aloud - All Our Best by the DMA 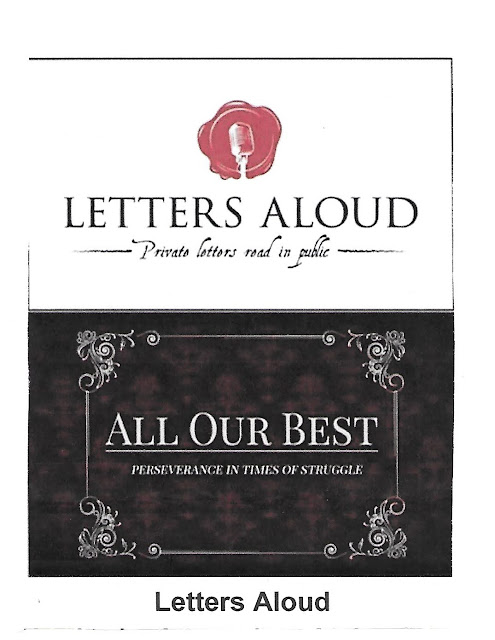 The Dallas Museum of Arts is presenting virtual programs now and for $10 I watched a program called Letters Aloud. This was presented in conjunction with a Seattle group of actors. This program was about perseverance in times of struggle - pandemic (1918) and racism (then and now). It was well done, with a good flow, and very interesting choices.

W.E.B Dubois wrote a letter to his daughter at a boarding school in England. He wrote of her challenges as a black girl. It was quite moving.

Margaret Mitchell and her mother wrote. Alas, Margaret did not make it home in time - her mother passed from the Spanish Flu.

5/13/1958 - Jackie Robinson wrote a letter to President Eisenhower. In regards to the president's comment to have racial "patience", Robinson wrote respectfully, "No."

Another letter had Frederick Douglass writing to Harriet Tubman about her devotion to the cause. 8/29/1868

E.B. White 3/30/1973 wrote  in regards to hope, "Get up Sunday morn and wind the clock, as a contribution to order and steadfastness."