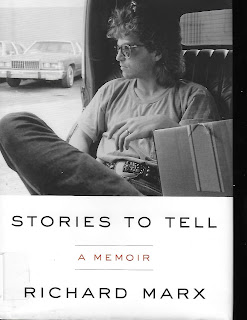 I'm on a bit of a memoir kick as I visit my local  library. This one jumped out at me - Stories to Tell by Richard Marx.  I think I've established I like pop cheesy songs. Richard Marx, an accomplished song writer, had a ton of Billboard Hot 100 hits in 1987, 1989, and has written lots of Grammy winners with other artists (think Luther Vandross, NSYNC, Josh Groban, Keith Urban, Barbra Streisand, et al).

The hair, the videos on MTV, the falsetto (I like guys that can sing high). Richard Marx was/is awesome.

His memoir was interesting and was a lot about the actual music making and  writing. As he even says, he had a very normal childhood with parents that loved him and each other.  He married young and had three boys and a twenty-five year marriage. That's a good run. It did not end in scandal.  He is currently married to Daisy Fuentes.

He was not a party boy. He just loved music, loved writing music, loved working with his band, with other musicians, and he seemed to keep connections and not piss off people.  He has a whole chapter on working with Barbra Streisand, and he questions the "bitch" reputation. He said she was a perfectionist, yes, but also generous, thoughtful, and just freakin' talented. They are good friends  to this day.

Richard Marx, now 57 or so, seems like a stand-up dude and his Stories to Tell were very interesting in regards to the music scene.  I enjoyed this memoir. 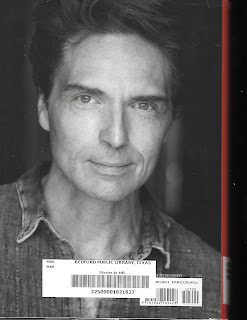