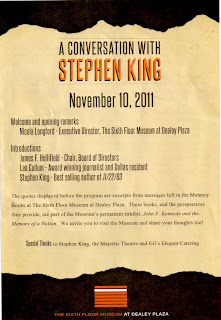 H: I debated. Did I want to write about humor or horror? Then I decided I could combine both with a salute to Stephen King, my husband's favorite author. We heard Stephen King speak in Dallas - a rare appearance. He was promoting his 1963 book. He was funny and creepy, and he made you think about things that go bump in the night. Mr. King is a master at creating characters who appear normal, in a town that appears normal, until you realize that something's a bit off, and then all hell breaks loose. Carrie at the prom. It - scary clown. He throws in humor, the kind that makes you chuckle uncomfortably, relax for a second, let your guard down, and then ....bam....hits you with horror. 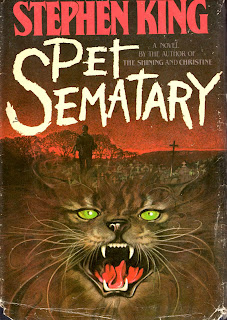 I personally think Pet Sematary is one of King's best horror tales. Animals that go berserk. Yikes. Your favorite pet is buried and then comes back with drooling fangs. Holy cow! That's like the movie The Omen (the original) starring Gregory Peck. I wasn't afraid of Damien, the devil child. It was those darn black snarling dogs in the cemetery scene. I cowered under my seat during that frightfest. 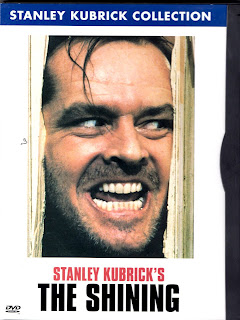 Heeere's Johnny! That's priceless horror humor - Jack Nicholson with an ax, slashing at a door, and sticking his head through the opening. The Shining is one of the best adaptations of a King book. Talk about cabin fever.

Finally - we start this week with a famous poison - Hemlock. The poisonous leaves can be made into a fatal salad, which paralyzes the muscles. The mind remains clear until death from paralysis of the lungs. Most famous death - Socrates drank from a cup that contained hemlock. He walked until he dropped. Don't know if he had time to use the Socratic method to deduce his murder.
Posted by Joanne at 6:06 AM