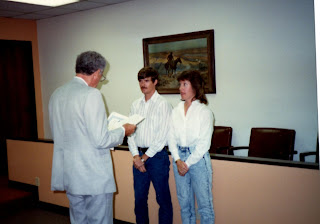 #atozchallenge: R: September 1, 1989 I said, "I do" to Ray Faries. What a wild ride since then - all for the good. He's respectable, raucous, a raconteur, has a rapier wit, is responsible, totally steeped in reality, and as far as I know there are no rumors circulating about him. He totally puts up with me - so there you have it. This R post is dedicated to Ray. 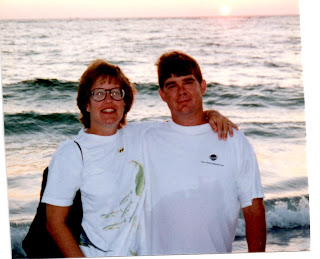 We love to vacation - that's what clinched it for me. Before we even knew each other very well, we traveled to Hawaii and had the best time ever. Bingo - we like super casual, we pack minimalist, and he laughs at my crap. Nowadays, he edits with abandon and supports my writing. That's a rainbow, as far as I'm concerned. 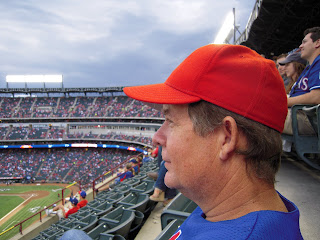 He loves our Texas Rangers, and it's more fun now that they have been winning. No, not the World Series, yet, but we've been SO close. Ray's a sportsman - scuba, hunting, baseball, football, hockey - you name it, he loves it. On paper, we are polar opposites. Nonetheless it works - he's my reality show. Rah!!!

Ray picked our poison - radium. He contemplated rattlesnake, but decided that wasn't exciting enough. (However, I think rattlesnakes are scary. I went to his deer lease one time last August. Hotter than hell but I put on my winter boots (no, not snake boots, I'm talking my winter SNOW boots) to avoid a rattlesnake bite. Great fashion statement with shorts. But hey, did not get bit. ) Back to radium - face it, it killed Madame Marie Curie who discovered the darn element. Nausea, etc - radium is deadly, lethal, and will kill you.