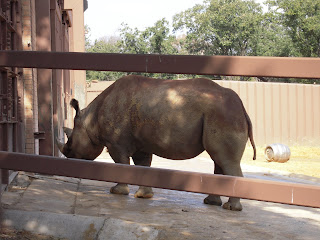 I was conflicted for the letter M. I contemplated Murder (well, writing about it, that is), or Money. Both excellent subjects for books. Then I browsed my assorted poems - pieces that have lagged in acceptance. So why not share them here? First up:
Mayhem

boo at the zoo, fright festival
celebration of the dark
fanciful depictions, death and evil
wrapped in orange and black
candy corn gift bags
until the storm year

(note - the rhino pictured is safely ensconced in the Dallas Zoo. The picture was taken on a lovely fall day)Next up -

(rather dark - maybe I should be ensconced in the Dallas Zoo) 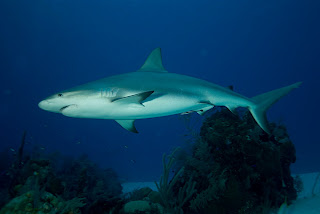 Finally - Mercury, the silvery mobile liquid that beads up easily. Deadly as a vapor, it can also cause poisoning if ingested, even second hand like in fish. Chronic slow buildup is perfect for a clever murderer.